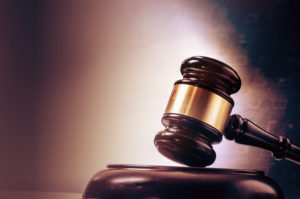 Not all child custody orders are meant to last forever. While many orders will remain intact without changes until the child or children are aged out, most of the time that is simply not the case.

Oftentimes, the original order was rendered when a child or children are very young, and is simply unworkable once they reach a certain age.

Maybe one child doesn’t want to live with their mother anymore. Perhaps the geographic restriction in the current order is unworkable because one parent got a job in another state. Maybe there has been some significant change in the child’s life that renders a modification of child custody necessary. Or, unfortunately, some emergency has occurred that requires immediate attention.

There are various reasons why you might want to change the existing custody order. This article serves as a basic outline for a parent that feels it may be time to reevaluate their custody order.

Nothing is automatic – so make sure it is worth it.

Regardless of the circumstances, no outcome to a case can be guaranteed. Even if you have a strong case, there may be statutory limitations, judicial prejudices, and facts that may work against you.

There are certain instances when these matters are not contested, and altering a custody order may be effectuated without the necessity of a lengthy court battle. However, in most cases, the party who has custody will not react kindly to a petition to switch custody.

For the custodial or “primary” parent, this would mean they likely have to pay the custodial party child support instead of receiving it, and they may perceive the parent modifying the order as “taking their child” from them.

In all likelihood, you can expect fierce opposition, and the parent modifying the order should be prepared for a battle. Consult your attorney to best prepare for litigation strategies on how to best approach this issue.

Make sure you have the grounds.

Most states have specific language drafted by their legislatures that provide the basis for changing custody. These can vary from state to state.

One of the most common misconceptions I hear is that “once my child turns 12, they can choose where they want to live.” While some states do have a provision that upon reaching a certain age, the child might be able to express to the court, in chambers, where they desire to live.

However, it is not typically that simple. Quite frankly, no child is going to tell a judge what to do. Typically, a child’s wishes are merely just a factor in a court’s custody determination.

There are several other items that the court is likely to consider, such as choice of schools, living conditions, parental involvement, each parent’s relationship with the child, and many others. Other grounds may simply be that it has been more than a few years since the prior order.

In Texas, where I practice, the court requires a “material or substantial change in circumstances” to justify a modification. Most states have some sort of similar provision.

Make sure you discuss with your attorney to ensure you have the statutory grounds before you file for your modification of custody.

Compile and maintain records that may be germane to your case.

It is always a good idea during the litigation, and if you anticipate any future court battles, to maintain detailed records.

My general rule is if it is something that you think the judge would want to know, then it is worth documenting. Missed parent-teacher conferences, a parent consistently refusing to take their child to football practice, a significant drop in a child’s grades, questionable or inappropriate social media activity, while seemingly small in and of itself, may amount to much more when a steady pattern can be shown.

Moreover, you would be surprised what you forget. Keeping a “custody journal” is something that will help you and your attorney develop a case strategy and better prepare for your modification case, and determining what pieces of evidence need to be admitted.

Emergencies do happen – and you should act quickly.

Unfortunately, there are times when an emergency may arise and you will need to take immediate action.

If you find that a child is residing in an abusive or violent situation, you should do whatever it takes to ensure the child can be taken to safety immediately. If your child is being sexually or physically abused in the custodial parent’s home, you can call your local police and file an emergency motion to modify custody. Courts take abuse claims seriously.

Moreover, parents can lose custody even if they are not committing the abuse, but are enabling or ignoring a situation where a child is being abused or in danger of abuse. An example might be that the child’s mother, the primary parent, has an abusive boyfriend or is sharing a household with an abuser.

In the discussion regarding having the grounds, each state will have some sort of “emergency” justification that allows you and your attorney to get the child out of harm’s way.

If you have more questions about modifying an existing child custody order, contact a family law attorney in your area.

i am on ssdi, with the amount they r taking out i will not be able to live.