Author, “My Life In Exile“

Recently, in what should have been a joyous occasion, I became a grandfather. However, I have yet to see my new grandson.

And what is worse, my son, the father, has only seen his son a handful of times because he is not married to the child’s mother, which effectively gives him zero rights to his child at the moment.

I was aware of the difficulties divorced dads face in trying to maintain a meaningful relationship with their children because I’ve lived through that experience. But now my eyes are opened to a whole new area of need: that of unwed fathers.

I went through a very bitter divorce, and at the time of my divorce, my sons were ages 6 and 8. Over the years, there were large stretches of time where we had no contact with each other, either in person or over the phone. At one point, we went 2 years incommunicado when my ex moved to New York.

However, I did have “rights” to child custody and visitation which were officially granted to me as a result of my divorce. Many times I had to go back to court to get these rights to see my sons enforced. This sporadic, strained relationship created a gulf between me and my sons that only recently has begun to mend.

As a father, you want to protect your children and keep them from suffering. The last thing I wanted to see was for my sons to have to go through what I went through with their children. Unfortunately, I have seen this come to pass. This nightmare has extended now into the third generation. Another innocent is suffering.

My son and his girlfriend split, and now he is considered a putative father. He was not allowed at the hospital to be present for the birth of his son. He had no right to the naming, including surname. He has no visitation rights at all.

He has nothing. Yet, without him, my grandson would not be on this earth. It seems that my son is in a much worse position than I was.

In order for him to have any right at all to his son, he first has to take a paternity test to prove that he is the father. He then has to go to court to fight for the right to exercise custody of his son, since there is no guarantee.

Of course he would have to pay child support should he be found to be the father, but this would not be a surety that he would be allowed visitation as well.

The Role Of Dad

Fathers are fathers. Whether they are divorced, or in a relationship outside of marriage, without the fathers there would be no children. The courts, and we as a society, need to realize this most crucial fact and act accordingly.

It is true that one out of every two marriages ends in divorce. Most marriages involve children, and therefore, fathers and children are ripped apart and their relationships torn asunder.

The “family” justice system needs to stop being so adversarial. All this does is increase the coffers of attorneys representing the two sides and the state that oversees this system that tears families apart.  The ultimate goal of the system should be more balanced.

Obviously couples, married or not, are not always going to be able to work out their differences and remain whole. But even in the midst of separation, there can be true equity, especially where the children are concerned.

The default presumption should be that both parents are loving, competent, and in a position of want and ability to care for their children, which would be perfect for a system of Shared Parenting. It took both parents to create the child, and it is going to take both parents to raise the child.

This current situation my son is in really opened my eyes to just how far we have to go still in the fight for father’s rights.

Don’t stop or relax men. We still have a long way to go…

My Life In Exile 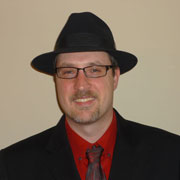 You can visit the “My Life In Exile” website to view an author bio, book summary and chapter excerpts. The book is also listed on Amazon.com for purchase.