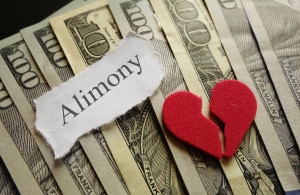 Recently, a bill in Florida was vetoed by Governor Rick Scott that would have reformed the state’s alimony and child custody laws.

Scott’s decision to veto SB 668 is baffling considering it was receiving 3-to-1 support and the legislature passed it by a 2-to-1 margin. His choice is even more confounding after hearing the logic behind it.

“Current law directs a judge to consider the needs and interests of the children first when determining a parenting plan and time-sharing schedule,” Scott said in a letter to Secretary of State Ken Detzner. “This bill has the potential to upend that policy in favor of putting the wants of a parent before the child’s best interest by creating a premise of equal time sharing.”

In actuality, what the law would have done is require judges to start with the premise that children will be granted equal access to each parent. Contrary to what opponents claim, the law does not mandate a 50-50 custody split.

After beginning with the presumption of shared parenting, judges would then consider 20 factors regarding child custody that already exist in Florida law. If the judge decided a different allocation of parenting time was in a child’s best interest, then they would be required to explain why.

Once again, Scott and the bill’s opponents are ignoring mountains of empirical data that shows shared parenting to be in the best interest of families. And by bowing to special interest groups, Scott is providing another frustrating example of why it is so difficult to pass family law statutes that would clearly benefit parents and children.

The shared parenting provision is the reason why the bill was struck down, but the law was billed as an alimony reform act and its failure to pass means the state’s alimony statutes will remain outdated.

Florida is also one of several states to still have permanent alimony, meaning the payor makes payments for the rest of their, or their ex-spouse’s, life.

Permanent alimony was necessary in the days when women rarely worked outside the home. But the growing employability of women and the rise of no-fault divorce has led most states to abandon permanent alimony.

SB 668 would have done away with permanent alimony and provided judges with more guidelines to determine both the length and the amount of the payments.

“It would have given the judges and court system a lot more guidance on what they can and can’t do,” Karges said.

The Ongoing Problem Of Spousal Support

Can Permanent Alimony Be Modified

Well explained about SB668, which is exactly how I saw the bill, seeing it would have given true guidelines for a judge to adjudicate from. In turn it would be less necessary for cases, with good reason by a civil court judge, to land before an appeal court and be overturned. In the same breathe it would require civil judges to act in a more similar fashion as an appellate judge.

With that aside resolving 2 critical concerns of divorce; eternal alimony and allowing the rights of a child to have the freedom to have a healthy relationship with both parents. In the current form under FL61 the law is confounded by much confusion and loopholes whereto an attorney can collude with a judge, not for the best interest of a child or fair trial rather for a win for their client and this is more prevalent when one party can afford an attorney and the other cannot.

This law needs to be pushed for both parts as voted by the state legislature and if the governor doesn’t find it in his/her best interest (whether it remains Rick Scott or another) it is time for them to pack their bags and find someone who has the courage to sign a bill in the best interest of the family and the children rather than give excuses not to do the right thing.

It means that really, each case must be taken on merit, let’s face it, not everyone who goes to the doctor with a chest pain, needs a triple by-pass.