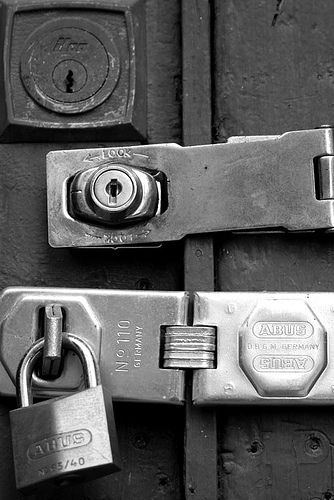 In a nutshell, Steve Watkins was a central Illinois non-custodial parent whose visitation was continuously being blocked by the custodial parent despite repeated legal attempts at seeking a remedy.

The issue of visitation interference extends way beyond this unfortunate case. It is pervasive, affecting approximately 6 million children nationwide.

In most circumstances it is done without any justification. Courts and police are reluctant to enforce visitation, a common complaint among non-residential parents.

As an example, HB1604 in Illinois brings remedies and sanctions for visitation interference closer to that of child support non-compliance by allowing for:

The purpose of the proposed law is to send an unequivocal message that the psychological well being of children is as important as their physical well being. Denying children the love of a parent is a form of child abuse.

Current remedies other than a slap on the wrist, if invoked, allow for make-up visitation. But offering additional time is moot if the party doesn’t allow visitation in the first place. Some remedies foster the belief that both parents are to blame and call for mediation.  A review of such strategies has shown to be ineffectual.

How should visitation interference be treated? Missouri hits the nail on the head by stating (§ 452.340 note 7):

“The general assembly finds and declares that it is the public policy of this state that frequent, continuing and meaningful contact with both parents after the parents have separated or dissolved their marriage is in the best interest of the child…

In order to effectuate this public policy, a court with jurisdiction shall enforce visitation, custody and child support orders in the same manner.”

There are some who say that all this seems harsh. How will the custodial parent get to work or drive the children to school with a suspended license? Who will take care of the children if incarcerated? How can this bill help women who are just trying to protect their children from abusers?

Although issues of harshness are rarely promulgated with respect to child support non-compliance this bill does allow for limited driving privileges for employment and medical purposes (HB1604 Section 607.1, c-1.1).

In regards to incarceration, please remember that there are TWO parents, not just one.

HB1604 can actually help women. The argument goes that women who are trying to defend their children are too afraid to bring charges against the other parent due to fear of retribution.

Since the court will normally seek to determine during adjudication if there is an affirmative defense because of abuse, justice is advanced without having the mother to initiate proceedings.

Of course some may argue why should visitation be considered as important as child support to the well being of children? It is beyond the scope of this article to review the literature on this topic (we’ll save it for later).

Suffice for now to say that the consensus among scholars of child development and divorce studies is that meaningful contact with both parents helps children adjust to the effects of divorce, promotes the likelihood of increased life-long bidirectional financial support, and has a positive effect on children’s development.

In short, do fathers influence children’s development? Are they important? Let me count the ways.

Don’t get me wrong. This is a difficult issue. Even a state like Missouri that has one of the best visitation interference laws has problems with enforcement.

But the situation is not intractable. Dr. Ira Daniel Turkat recommended that “multidirectional” court orders be instituted. Such an order includes clearly enumerated dates, times and conditions of visitation thereby closing up as many loopholes as possible that plague current orders.

The court will present in a step-by-step manner a specific hierarchy of penalties for violating orders. The court will also give precise written authorization to law enforcement officers and other officials to execute visitation transfers, and access to school and activities.

One of the most important objectives of law is to influence behavior. How many people today even think about seat belts when driving? Most buckle up automatically.

For more information, contact Illinois Fathers and ask about HB1604. HB1604 will go a long way to help change popular beliefs, judicial action, and parental behavior. Your support is essential. 3 comments on “How To Stop Visitation Interference”

visitation problems
Wow! What a great resource. Your post about multidirectional court orders what Ira Turkat suggests is interesting. Also his article on parental alienation and divorce related malicious parent syndrome helps understand how tough visitation problems can be. Thank you!

Father’s Abuse Parenting Time Too
As a custodial parent, I never abused the visitation order. However, the father consistently abused the visitation order. On several occasions he refused to return the children after his visitation until the next day. He always had an excuse, such as his car battery died, he was stuck in traffic, etc. He would consistently return the children half an hour to an hour late. He would pick the children up early on a Friday before I would return home from work, so I would not have a chance to say goodbye to my children for the weekend. On those occasions, he would pick the children up while they played outside at a neighbor’s home before his scheduled visitation. The purpose was for me not to have a chance to say goodbye to them before they left for the weekend. Had he picked them up at their scheduled time, I would have had half an hour to an hour of time spent with them making sure they had everything they needed for the weekend and that all homework projects, extracurricular activities, etc. were provided for in addition to giving them a hug goodbye and letting them know that I love them. I called the police on every single occasion. However nothing was ever done about it. One time, the officer told me, in front of my ex, that the law was made for the father, but not for the mother. He said he can’t do anything about it when the father abuses visitation. Another time, when my children were not returned to me on the evening of their scheduled return, the Sheriff’s department told me to call them in 48 hours. If he hadn’t returned them by that time, they could do something about it. That only encouraged my ex to continue to play games and not return my children until a day later. He has moved out of state now, so the driving privileges would not be as effective, but taking away his professional license, jail time and/or fines would be most effective.

My place of residence is in a higher income area. Most of the custodial parents I know in this town tell me I am not alone in that the visitation time is abused by the father more than the mother. Additionally, many of these men are the ones who do not want to pay child support and spend a great deal of their resources on attorneys and hiding their income to avoid paying for their children.

It would be far better if the “visitation” interference bill were to include parenting time on both ends and be appropriately named, “custody” interference. I would not be surprised at all to see that it is the men who end up paying the price for this visitation interference bill more often than the women do.

Women are the ones who are left with less money to do the same job of raising the children as before the divorce. Statistics show that men are far better off financially (72% increase in disposable income) after divorcing, while woman, even women from high income women homes, end up impoverished with the burden of raising the children on their own.

Please be aware that I refer only to the fathers who play these games. I am aware that there are very good fathers out there who would do anything for their children and do not need a child support order to do right by their kids. If you’re the kind of father who buys his children a computer, even though the child support order doesn’t say you have to and you’re the kind of father who sends extra money when he gets it so that his children can have more, then you know you fit into the good father category.

If father’s are looking for a fair and just system, they will work hard to make this bill as fair to the mother as to the fathers. Fathers who abuse visitation make it bad for those of you who are trying to do the right thing.

Author
Visitation Interference is one strategy used by parents to alienate children against the other parent. It is not too late to register for the Parental Alienation conference being held this Saturday May 21, 2011 from 9AM-4PM at the DePaul Center — Conference Room 8005 located at 1East Jackson Boulevard, Chicago, Illinois. Speakers include Judge Michele Lowrance, Dr. Michael Bone, Attorney James Pritikin (Child custody litigation success in proving false memory implanted in child allegedly abused by parent – NBA star Dwayne Wade), Jill Egizii (Author, Alderman and PAAO President) and Author Mike Jefferies. A light breakfast will be provided. For more information, please visit the PAAO 2011 Chicago Conference on Parental Alienation website, http://www.paawareness.org/2011PAAOChicagoConference/. Hope to see you there.