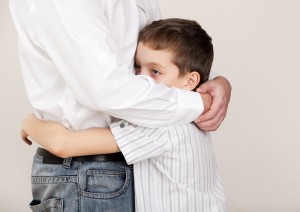 The shared-parenting movement is continuing to make enormous strides in 2015.

In May, Utah passed House Bill 35, which increased the noncustodial parents’ minimum visitation days from 110 to 145. Now, Massachusetts appears to be on the verge of passing a pair of shared-parenting bills that would favor joint custody between divorcing couples when they cannot agree on a parenting arrangement or a judge determines shared custody would not be in the child’s best interests based on a range of factors.

If passed, Massachusetts would join Utah and Arizona, which passed a law two years ago that prevents courts from giving preference to either gender in custody cases, as one of a rare few states to enact such bills. However, it is one of roughly 20 states considering measures that would lead to more equal parenting time following divorce.

The Massachusetts bills are the result of two years of work by the Massachusetts Working Group on Child Centered Family Law, a committee of lawmakers, psychologists, and representatives from state and nonprofit agencies that examined that state’s child-centered family laws.

The legislation would encourage judges to grant shared custody in which the child would spend at least one-third of the time with each parent. It would also establish sanctions for parents who fail to comply with court-ordered parenting plans and reward parents who show a willingness to cooperate with the other parent.

If judges deviate from that standard, they must explain their rationale in writing.

Here are the key sections from Senate Bill 834:

It is crucial to note that judges will still examine each situation on a case-by-case basis to determine whether or not a shared-parenting arrangement would be beneficial to the child’s development. Some domestic violence organizations and bar associations have argued the bills would create “blanket statutes guaranteeing parents a certain amount of visitation time.”

Clearly, the language of the bill does no such thing. Shared parenting is not mandated, it is simply encouraged. And based on copious amounts of research regarding the benefits of shared parenting, that’s how it should be.

It’s no sure thing that the bill will pass. Even if it does, most states by and large still do a poor job of promoting shared parenting.

However, at the very least, it seems apparent that the tide is turning and the shared-parenting movement will continue making progress.

“When I started this movement we were being totally ignored,” said Ned Holstein, founder of the National Parents Organization and one of the members of the committee that created the bills, “and then we were laughed at, and now we’re being vehemently opposed.

“I think we’re on the threshold of winning.”

3 comments on “More Shared-Parenting Progress On The Horizon”

What about posing a penalty to custodial parents who do not follow the parenting plan? Why do Fathers & Mothers have to spend thousands of dollars to obtain a parenting plan that may/may not be followed?

Until such time that shared parenting is the start point and a parent not wanting or unable to care for their child on a near equal time basis or actual criminal conduct puts the children at risk, the courts will continue to do what they want using “experts” and “professionals” to justify their decisions in the “best interest of the child”

How to get primary care back! Because of patental allienation and false allegations