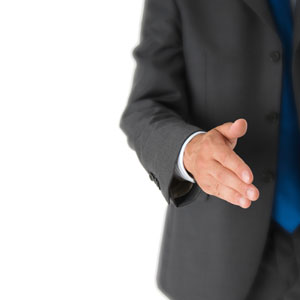 When entering into a marriage, divorce may be the furthest possibility from your mind. However, statistics speak volumes making the use of prenuptial and postnuptial agreements more popular than ever.

Therefore, when making the ultimate decision of marriage, it’s important to consider the ways the union impacts your finances.

A prenuptial agreement is recognized in all 50 states, varying only if income or wealth has changed. These agreements aren’t expensive compared to average divorce costs.

8 Reasons People Get A Prenup

People enter into prenuptial agreements for various reasons. It’s common for you to contemplate this agreement if you’re wealthy. But, there are other reasons to consider it and they include:

1. Earning more money than your partner: to avoid the spouse seeking only monetary benefit.

2. Remarrying: to ensure your previous and current family will be taken care of sufficiently.

3. Marrying someone who is in debt: to avoid being held responsible for his or her debt load.

4. Marrying when you own a business: to avoid the sharing of your business.

5. Preventing your spouse from overturning your estate plan: to ensure a specific heirloom stays in the family.

6. Earning a lot less than your spouse: to ensure that the spouse with least finances is protected.

8. Age of the parties: to ensure finances are distributed properly in case of the death of either party.

What Does A Prenuptial Agreement Cover

A prenuptial agreement can also be used to protect your good name, credibility and reputation. Certain verbiage used in the agreement can restrict the ex-spouse from defamation of character.

However, a prenuptial agreement cannot include child custody, child visitation, child support, along with anything illegal, unfair, or discouraging marriage.

Despite the specificity of a prenuptial agreement, it’s still only as good as your compliance with it. According JoAnne C. Holt, a Florida-based divorce financial analyst, the wedding should be delayed until the agreement is signed. She also recommends that separate accountants be utilized to prepare personal financial statements for the agreement.

The Scherer Test is based on three factors.

1. Was the agreement obtained to coerce another?

2. Is the agreement moral and conscience of both parties?

3. Have the stipulations in the agreement changed during the course of the marriage?

Some couples decide against prenuptial agreements because they don’t feel the need for it at the moment. However, the financial dynamic of the either party may change during the marriage. In this case, a postnuptial agreement can assist with the change.

What Is A Postnuptial Agreement

In the past, the court discouraged postnuptial agreements. A married couple was considered one person and contract with one’s self couldn’t be entered into.

Now, some states enforce them as long as they’ve been entered into in good faith.

If you would like more information regarding prenuptial or postnuptial agreements, please contact Cordell & Cordell to discuss your rights.