Home / Articles / Can You Use Text Messages In Court? 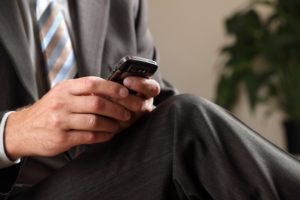 Can text messages be used in court?

In this day and age, texting is used by millions of people as a primary form of communication. Unfortunately, a seemingly harmless text can come back to haunt you if the message is taken out of context.

According to a 2012 survey of divorce lawyers, more than 90 percent of divorce attorneys have seen a dramatic increase in the number of cases using textual evidence taken from cell phones.

Can text messages be used in court for child custody?

Text messages in divorce cases have generated many headlines when celebrities have run into marital problems. Tiger Woods’ text messages to his mistresses were revealed to the entire world to see. Similar high-profile missteps crashed the careers of mayors and politicians.

But texting can land you in trouble even if it doesn’t involve something as nefarious as cheating. For example, texts are often used to show that one spouse is harassing the other. If you’re fighting for custody of your kids and you send a text to your spouse about one of the more contentious issues, it could be used in court as evidence to prove you have anger problems.

On its own, a text message might not make for a strong piece of evidence, but it could be used in conjunction with other exhibits to prove a point against you. Remember, the opposing side is going to be looking for the slightest hiccups that can be used to paint you in a negative light.

It’s easy for text messages to be interpreted completely differently than you intended when context is removed, so be extra careful to avoid sending anything that could potentially be seen as inflammatory.

Are text messages admissible in court?

Some legal experts argue using personal texting as evidence is an invasion of privacy, but if the court deems the content of the texts relevant to the case, they will most likely be admitted as evidence. If your phone is part of a family account, then your wife has the right to review your messages (and vice versa).

However, because of text message privacy laws, it could be considered a crime if you try to extract the texts from a phone that isn’t yours.

In order for text messages to be admissible, you must also prove who wrote and sent the text. Figuring out how to authenticate text messages can be difficult. There might be a string of illicit texts on your wife’s phone to some strange man, but proving beyond a reasonable doubt that she was the author of those messages can be trickier than you think.

Certain messages might not even make much of a difference. Infidelity and divorce often go hand in hand, but most divorces are filed on no-fault grounds, so adultery is unlikely to have much of an impact on the outcome of the case. It might factor in when determining whether the cheating spouse is entitled to alimony, but even then it might be unclear what is considered adultery. Text records showing your wife sending flirty messages to a friend doesn’t exactly prove she cheated.

Can text messages be subpoenaed for divorce?

If you are the recipient of the text messages, you can print off the entire thread to submit as evidence, but how can you get text message records if they’ve been deleted or were sent to someone else? In those instances, it might be necessary to subpoena cell phone records.

However, the content of text messages is usually only kept by the cell carrier for two to three days so it is crucial to act as quickly as possible. Consult with your divorce attorney immediately so they can walk you through the process of how to subpoena phone records.

How to print out text messages for court

Once you’ve obtained the text messages you want to use as evidence, you and your attorney will need to document and print out the relevant messages for your case. Consult with your attorney to help you organize the messages, but at a bare minimum they should include the date and time the messages were sent and the contact information for the other party in the text message conversation.

There is still a lot of grey area when determining whether or not text messages can be used as evidence in divorce and what effect they can have. If you’re facing a divorce, make sure you work with an experienced attorney who solely focuses on practicing family law. They can explain how to get text message records and help determine what impact text-message evidence could have on your case.

One comment on “Can You Use Text Messages In Court?”

What is the privacy of a text between parent/child? Does the other parent have the right to take the phone and use those texts against you? Does it matter who pays for the phone?