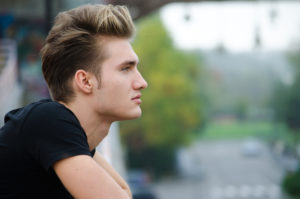 One of the unfortunate stigmas about divorce is the misguided notion that couples who elect to split lack the strength to fight through their troubles and make their marriage work. Perhaps some couples fail to consider the ramifications of pulling the plug on their relationship, but that shouldn’t overshadow just how much bravery is needed to overcome the fear of divorce.

The unfortunate reality is that for many couples divorce is unavoidable. As heartbreaking as breaking up might be, it is often the only way forward for many individuals to reach true happiness. Some couples can heal their relationships and resolve their problems, but others just have too many differences and end up being incompatible with each other.

Divorcing someone you love is excruciating, but there are plenty of divorce success stories and many couples are able to remain friends and end up happily divorced after leaving a relationship. Keep that in mind as you’re trying to figure out how to find courage to divorce.

Here are five reasons it takes tremendous courage to divorce.

It disrupts your social life

When you and your wife were married, your social lives were likely intermingled. Your friends were her friends and vice versa.

Now that you’re headed for divorce, there’s a good chance a lot of your friends are going to choose sides. You might lose touch with some old acquaintances as they side up with your wife.

It might not even be a situation where they harbor any hard feelings against you, but they will feel a sense of loyalty to the person who they know better.

Going through a divorce means you’re going to have to rebuild a lot of things in your life, and sometimes that includes your social circle.

One reason a lot of guys are scared of divorce, even when their marriage is unhappy, is because they feel staying married beats the alternative of being on your own and having to play the old dating game again.

It might have been years since you’ve been part of the dating scene and your skills at meeting people and picking up women might be rusty. This is really intimidating for a lot of guys.

However, after you take enough time to recuperate from your divorce, there will likely come a time when you’re ready to get back out there and meet somebody. While it’s not necessarily easy, there are plenty of ways to find that new special someone.

What people will say

Divorce and drama often go hand in hand unfortunately. It’s always awkward letting friends and family know that you and  your wife are breaking up and it’s almost certain that at least a few people will gossip about what went wrong in your relationship.

This situation is made worse if you or your wife are liberal in sharing details about the breakup. It’s common for one spouse to use social media to vent their frustrations, which leads to more rumors and speculation from everyone on their friends’ list.

For one thing, you shouldn’t fret too much about what others say. You and your wife both know the truth about what happened. That’s really all that matters.

You can also minimize the gossip by staying tightlipped. To put the situation behind you, you and your wife will need to tell certain people that you’re divorcing, but  you don’t owe any explanation as to the reasons why. It’s fine to keep those details between you and her.

Perhaps the biggest fear people have about divorce is the uncertainty it entails.

The impact of divorce can touch every aspect of your life, including your living situation, your finances, and even the relationship you have with your kids.

You planned on spending the rest of your life with this person. Now what? Who knows what the future holds.

While taking this huge step is scary, it doesn’t have to be a negative. Reframe your thoughts to think of this as an opportunity to embrace some newfound freedom and use the time to reinvent and improve yourself.

Many fathers are understandably terrified of divorce because the potential it has to alter the relationship you have with your kids.

If you’re going through a contentious divorce, child custody could be a major point of disagreement with your wife trying to limit the amount of time you are allowed with your children. Since dads have historically gotten the short end of the stick in child custody cases, there is a frighteningly real chance that the role you play in your children’s lives will be diminished.

However, you should also keep in mind that it’s not a good idea to stay together solely for the sake of the kids. Exposing your children to an unhealthy marriage can have negative consequences that follow them for years.

It’s understandable that many people are afraid to get divorced and struggle finding the courage to leave a bad marriage, but if your relationship truly is broken then you need to strongly consider the advantages of divorce and how it can improve your life. As you try to find the courage to leave a relationship, keep in mind that there are good things about divorce that you will likely only realize after all the dust has settled and you’ve had time to recover emotionally.

If you have considered the reasons to get a divorce and feel you are ready for divorce, it’s a good idea to get in touch with a family law attorney as soon as possible to help you put together a strategy that helps you reach your goals in family court.

2 comments on “5 Reasons It Takes Courage To Pursue Divorce”

Andy, all it’s listing here is a few reasons it takes courage…not that all dads aren’t proactive. Nobody is debating truth. I’m not even sure of your point.

This isn’t all dads. I was very proactive in the kids life from the get go. When I left it was dealing with actual issues not addressed here. The main one was the financial aspect of having an attorney fighting for your rights. Another is dealing with custody schedules that are hard on the kids. I have others but shouldn’t waste my time reading and debating the actual truth.